THINGS NEED TO BE DONE TO SAVE THE EGYPTIAN VULTURE

Vultures are facing multiple dangers during migration. A new study warns that Egyptian vultures specifically face a variety of threats along their 5000 km journey from Europe to Africa, as they are shot, poisoned and electrocuted in many countries across three continents. But the main cause of death differs greatly between countries, and a coordinated effort between them needs to address this.

A new study points out that, as Egyptian vultures travel thousands of miles on their migratory journey, they are facing too many dangers, which has resulted in a massive decline in numbers. Europe’s only globally threatened vulture, the Egyptian vulture’s population has declined by 50% since the 1990s. Travelling through more than 40 countries, birds are shot, poisoned and electrocuted, and whilst no single threat can be attributed to their decline, each country adds an additional pressure.

The results of this work, published today in the journal Biological Conservation, state that as endangered Egyptian vultures are continuing to decline, governments and conservation organisations must collaborate to address different threats with a different priority in each country, rather than focussing on a single problem or area.

The authors investigated the fates of Egyptian vultures by satellite tracking 71 birds, surveying 4216 km of powerlines to detect carcasses, conducting 910 interviews to quantify poison use, and surveying markets and hunters to assess direct persecution in thirteen countries along the flyway. Mortality of 50 birds occurred in Europe and the Mediterranean Sea (44%), the Middle East (18%), and Africa (38%), and causes varied geographically. 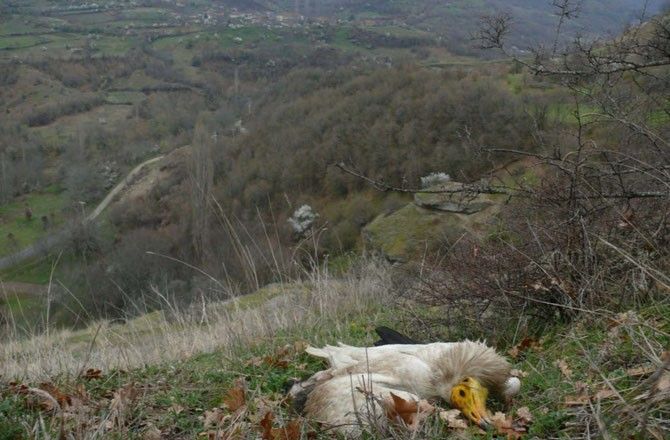 The body of this feature has been restricted...

free editorial articles on a range of subjects, just a click away